Where will your next adventure take you? 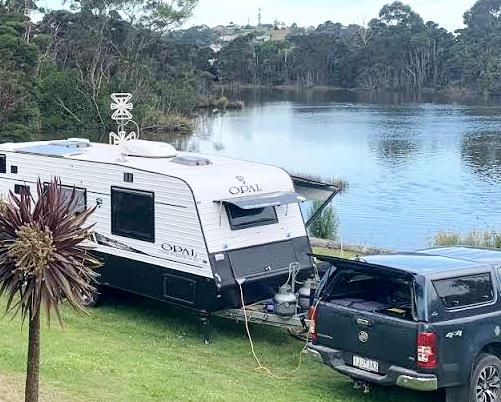 Where WILL your next adventure take you?

Think about a Kui Park Holiday – clean, friendly, and value for money.

Are Kui Parks easy to find? Using the “What3Words” app they are.

Are you reading this because you have reached a certain stage in life where you are longing for change? Each day are you on the net reading about the adventures others are having now COVID restrictions have eased.

Today, I’m sitting typing this blog thinking about Kui Parks. Above all, I’m dreaming of the time I can return to Tasmania. Why?  Because Barbara and I were there in a caravan in 2010. Now, one of my favourite Facebook sites is this one: “The very best of caravan and camping in Tassie“.

Diane Reed started the site in 2017. She had lived her whole life on the mainland. But, a year earlier, Diane and her family had a caravan holiday in Tasmania. So much in love were they with what they discovered, they sold up and moved to Penguin, 25 mins west of Devonport.

Into the picture comes GREG POKE and partner…

I wrote earlier that Barbara and I had caravaned in Tassie in 2010. We spent weeks based on the North Coast, often passing through a little (at the time) hamlet called Smithton. Subsequently, Smithton has grown, helped by the vision of a gentleman named Greg Poke and his partner. In 2010 they purchased land adjoining the Country Club. In the ensuing 10 years, the magnificent River Breeze Caravan and Cabin Park has emerged. And, it is now one of Kui Park’s most popular venues. So how did Kui Parks come about?

Bert van Spronsen and his wife Kenau founded the Kui Parks chain in 2014. They had spent more than four decades caravaning through South Africa, Europe, and Australia. As a business and marketing man, Bert had become aware that in Australia, caravan parks tended to fall into one of two groups.

Firstly, there were the “you beaut” expensive urban-type resorts targeting young families. Kids just loved the jumping castles, huge playgrounds, and all that stuff. On the other hand, there was the 1960’s style – concrete slabs for tiny caravans – jammed in – cheek by jowl.

What was Bert van Spronsen’s vision?

As a smart businessman, Bert could see that so-called “Baby Boomers” offered the greatest potential. Internet forums for “grey nomads” – as journalists were calling them – plus many around the campfire happy hours had convinced him. “Clean, friendly, and value for money” was to be his formula for success.

Happy hour at a Kui park.

About this time he got wind of what a couple of very smart entrepreneurs had created in London. Launched in 2013, it was called “What3Words”. A man of great vision, Bert could see that “What3Words” had the potential to change forever the way locations were identified. The global positioning system (GPS) had not majorly changed since before man set foot on the moon.

Now, every one of the 77 Kui parks has a “What3Words” address.

Your gas bottle refills site is fantastic, incredibly helpful, and so easy to use.