“What3Words” could save your life. Read how now 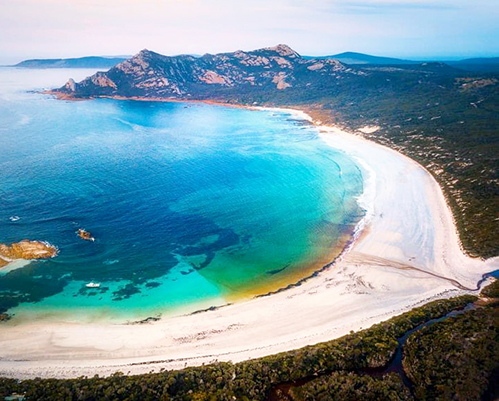 What3Words save a badly injured bushwalker on Flinders Island, North of Tasmania

And the three words were, “///murky.founding.spoonfuls“,

It was a cold, miserable, and wet day on the remote island. While negotiating massive rocks, Cornelia Gratzer had fallen and broken her leg in two places.

A very experienced bushwalker, Ms Gratzer and had been leading a group from a Melbourne bushwalkers club.

With their leader unable to walk or move, several in the group set off in search of mobile phone coverage to call Triple Zero. Others stayed and huddled around her to keep her warm and conscious.

When they finally made telephone contact, the would-be messengers were unable to communicate precisely where the injured hiker was. So the operator had them download the free “What3Words” app. After assisting them to activate it, the app showed the image below: 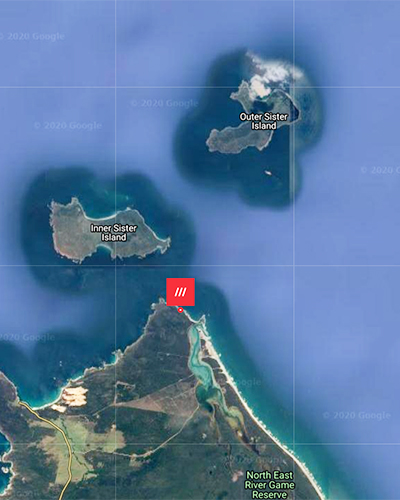 Within two hours the patient was stabilised and transported by air to a hospital on the mainland.

“It could be the first time they have a traumatic event in their lifetime,” he said. Asking where they were — or even where they had walked from — could be challenging to answer.

He said, “What3Words” wouldn’t automatically replace more traditional ways of locating people in trouble, but it is “another useful tool” to help in reaching people in distress.

Ambulance Tasmania was the first rescue service in Australia to use “What3Words”.

Following the Gratzer rescue, other rescue services in Australia showed keen interest in “What3Words”. Now they all use this valuable tool and it is featured on the free “Emergency Plus” app downloadable from Google Play (Android) or the App Store (Apple iOS). Every smartphone should have it on the home screen say authorities. 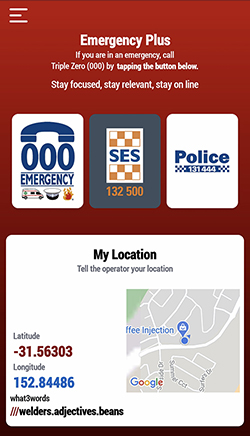 A location near the author’s home. Every 3m moved, the three words change. 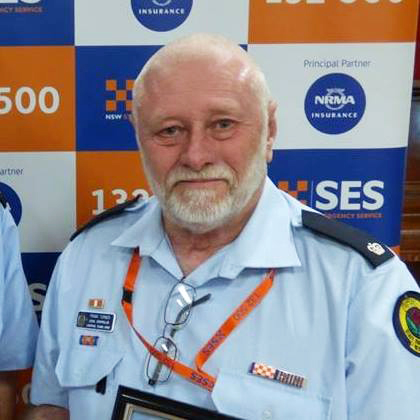 “My name is Frank Turner. I am a Commander in the NSW State Emergency Service in Australia and have served for more than 50 years.

During that time, the most frustrating thing for First Responders like me is to be unable to find victims. This can be due to them not really knowing where they are, panic, or poor directions given to our call centre operators.

Often we lose valuable hours trying to locate someone desperately in need of First Responder aid. Sadly, the outcome is not always a good one.

The introduction of the ‘Emergency Plus’ app, and, more recently, the incorporating of “What3Words” has made our task so much easier and quicker.

Now WE CAN FIND YOU and get you the help you need.

So, as an Emergency Commander, I plead with you to download the ‘Emergency+’ app and LEARN HOW TO USE IT!“.

Let us clear up one very important point here

The bulk of this blog deals with the free “Emergency Plus” app which incorporates the “What3Words” technology.

The free “What3Words” app itself has, however, been downloaded by billions across the globe. Not bad considering it was launched as recently as 2013.

We invite you to check out this promotional video from W3W’s Headquarters in London. It shows why their technology is making them one of the fastest growing companies in the world. From an initial team of ten or so brilliant young IT buffs, there is now a staff of more than 2,500 churning out the “What3Words” app in 45 different languages and dialects.

Most of the leading vehicle manufacturers are installing What3Words technology so drivers can use voice commands to take the best route to whatever destination they desire.  Delivery company drivers are making as many as 30% more drops in a shift. The list goes on.

Click HERE to see the many ways the FREE app, What3Words, can improve your life.

Your site is amazing and easy to use. Thank you for maintaining it!