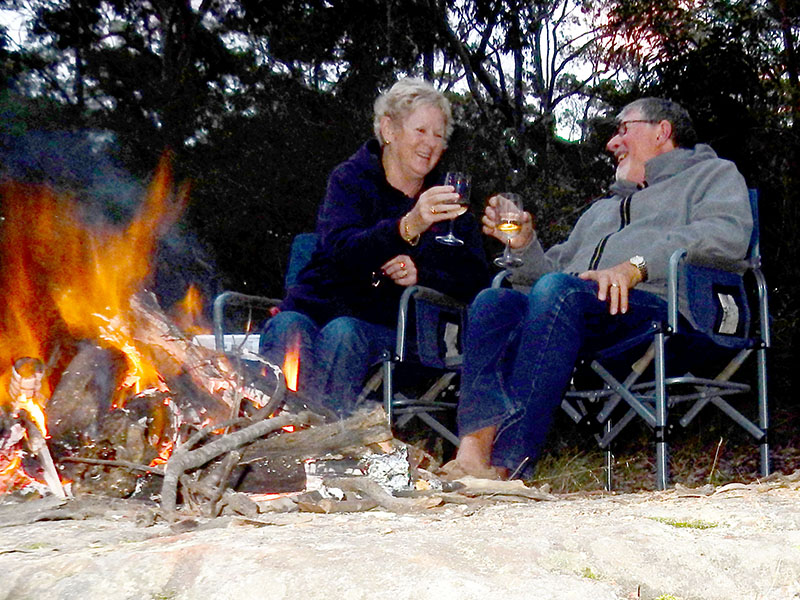 This is the story of how this bottled gas website came about. In August 2014, Barbara and I undertook an exciting adventure.

Nine months earlier we’d bought a new Avan Ovation M3 C class motorhome. After numerous trial runs from our home base of Port Macquarie NSW, we were ready for the “biggy”.

Our main mission was to travel to Australia’s west coast to photograph the legendary WA wildflowers. We planned to bush camp as much as possible. That meant relying mainly on the LPG for cooking, refrigeration, washing, and showering

Ovations have two 9kg bottles in their gas locker but I had no idea how much gas we would use. As it turned out, the return trip took 5 months and we paid for five refills.

What was the average cost of those five refills?

Because Barbara is a meticulous record-keeper, her accountancy spreadsheets showed of a total spend on gas was $180  – an average of $36 per refill.

Now, remember, this occurred back in 2014.   In those days, an accurate up-to-date guide for swap and refill prices didn’t exist. So in January 2015, I used my database skills and started a Facebook group page called “BBQ Gas Bottle Refills – cheapest in Australia?”.

I invited people keen to save money when refilling or swapping their gas bottles to join the group.  The idea was that within six months of joining, members would post at least one location where they had refilled or swapped and the cost. That data would then be listed in a spreadsheet for all members to see.  In no time the group had close to 3,000 members and a database of more than 1,000 gas outlets right across Australia.

Later that year, we commenced a seven-month journey that would see us doing a 17,300 km half lap of Oz. The trip took us up the “Centre” and through some of the most costly outposts in Australia.

This time we needed seven refills.  But now we had fairly accurate up-to-date information on where the cheapest refills were.

So … guess what the average cost was this time?

Naturally, I wanted to share this good news with everyone. To fellow grey nomads we met, a dollar saved was a gold nugget found.

But having met so many on that trip I discovered there was a huge security fear about Facebook.

At “Happy Hours” there were stories of houses being broken into because thieves had learned via Facebook that the occupants were away. Of course, the purveyors of such doom and gloom failed to mention one fact… even then, Facebook had introduced many settings to ensure users could keep such details private.

So at the time,  it became clear that Facebook was not the best medium for reaching grey nomads. Nor was a cumbersome Excell spreadsheet the ideal way to present the data … and that’s why this gas bottle prices website came about.

Footnote added 14/04/2022: LPG prices have increased enormously since this blog was first posted. However, there are still bargains to be had. Just spend time checking our database of towns and suburbs you plan to travel to.

And PLEASE – always ask the price before you hand over your bottle for refilling. There are over 3,000 LPG resellers listed in our files. It is impossible for us to be aware of every price change as it occurs. If you do come across a price change, please tell us about it. You could win yourself one of these for doing so:

You… run out of gas? Not with a “SmartSense”

Your site is amazing and easy to use. Thank you for maintaining it!